How reef-building corals got their bones 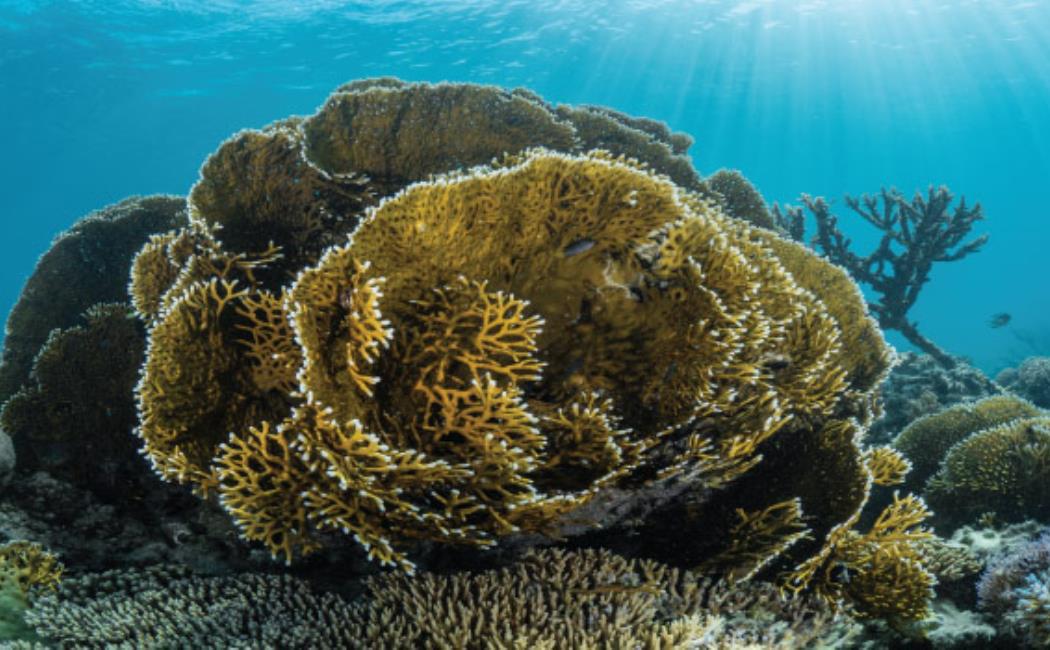 How reef-building corals got their bones

Coral reefs provide shelter, sustenance and stability to a range of organisms, but these vital ecosystems would not exist if not for the skeletal structure created by stony corals. Now, KAUST scientists together with an international team have revealed the underlying genetic story of how corals evolved from soft-bodied organisms to build the myriad calcified structures we see today.

“While the processes involved in coral calcification are well understood, it is less clear how corals’ ability to grow calcium carbonate skeletons actually evolved,” says Xin Wang, a former KAUST Ph.D. student who worked on the project under the supervision of Manual Aranda.

“How did a squishy anemone-like organism begin to build reefs?” asks Aranda. “Did the ‘tools’ already exist in their genetic code?”

There is a debate surrounding when calcified corals first began to emerge; the earliest fossils found to date are around 265 million years old, but their evolution began far earlier.

“We conducted a genomic search for conserved genes that might be involved in calcification,” says Wang. “Our findings suggest that corals evolved to calcify somewhere between 308 and 265 million years ago.”

“We found that the necessary proteins to make coral skeletons were already present in the soft-bodied ancestor and that various existing proteins were recruited to boost the calcifying process. Essentially, we believe we’ve found the genetic toolkit for coral skeleton creation,” says Wang.

To calcify, corals must draw in positively charged calcium ions from seawater. To make this process as efficient as possible, the coral proteins that help the calcium precipitate should be negatively charged and the pH balance of the calcifying fluid must be just right.

The team pinpointed the genes responsible for transporting calcium and removing protons in the soft-bodied organisms, and they showed that two of the three gene copies found in corals have been recruited to the calcifying tissue. The researchers then identified a gene encoding an acid-rich protein that was duplicated in corals twice and then recruited to precipitate and stabilize calcium carbonate in the initial stage of skeleton building. They also highlighted transmembrane proteins involved in bone matrix adhesion.

“This is a great example of how latent traits can evolve to become dominant given certain environmental pressures,” says Aranda. “Next we hope to verify which of these components is critical to calcification and investigate how coral reefs might be influenced by the changing pH of future oceans.”