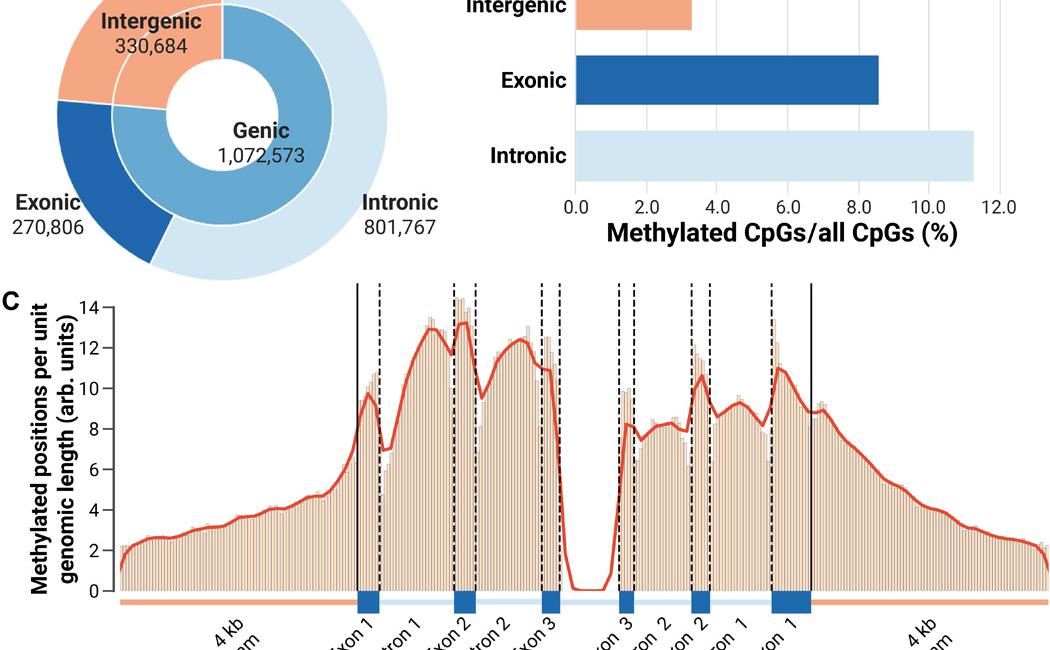 ​There are increasing concerns that the current rate of climate change might outpace the ability of reef-building corals to adapt to future conditions. Work on model systems has shown that environmentally induced alterations in DNA methylation can lead to phenotypic acclimatization. While DNA methylation has been reported in corals and is thought to associate with phenotypic plasticity, potential mechanisms linked to changes in whole-genome methylation have yet to be elucidated. We show that DNA methylation significantly reduces spurious transcription in the coral Stylophora pistillata. Furthermore, we find that DNA methylation also reduces transcriptional noise by fine-tuning the expression of highly expressed genes. Analysis of DNA methylation patterns of corals subjected to long-term pH stress showed widespread changes in pathways regulating cell cycle and body size. Correspondingly, we found significant increases in cell and polyp sizes that resulted in more porous skeletons, supporting the hypothesis that linear extension rates are maintained under conditions of reduced calcification. These findings suggest an epigenetic component in phenotypic acclimatization that provides corals with an additional mechanism to cope with environmental change.