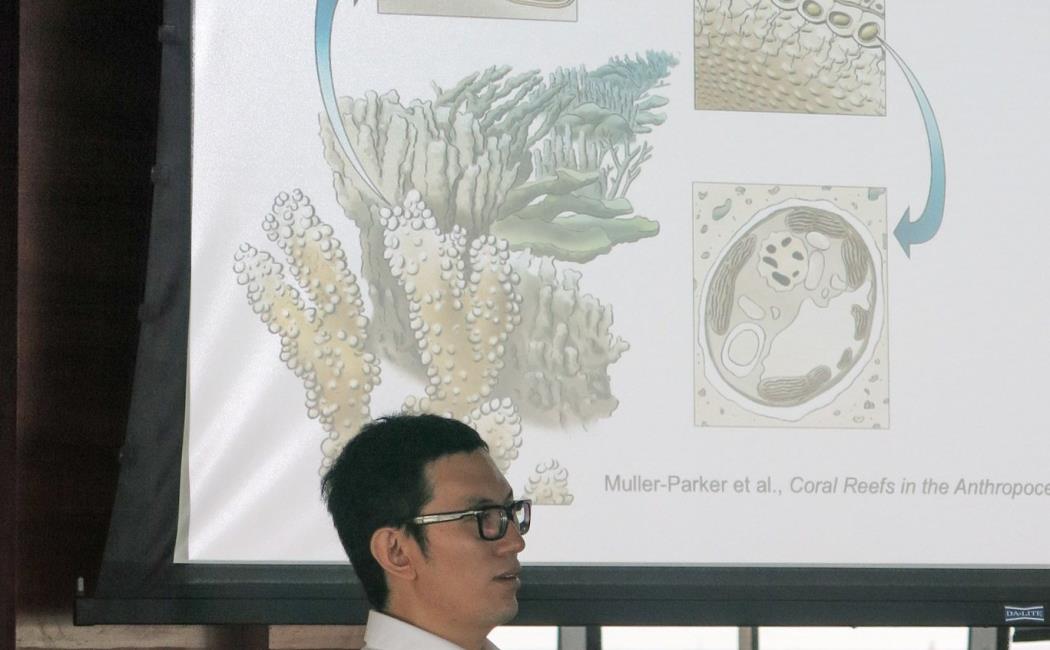 ​Eric in his own words:

In my PhD research, I identified a core set of genes tightly associated with Aiptasia-Symbiodiniaceae symbiosis by applying a random-effect meta-analysis on publicly available RNA-seq data. Combining meta-analysis, metabolomics, and isotope profiling, I show that symbiont-driven carbon enables host recycling of ammonium into nonessential amino acids, which may serve as a regulatory mechanism to control symbiont growth through a carbon-dependent negative feedback of nitrogen availability to the symbiont. To further understand the molecular mechanism of nitrogen availability regulation, I characterized two symbiosis-associated ammonium transporters (AMTs). Both of the AMTs show gastroderm is-specific localization in symbiotic anemones. And their tissue-specific localization patterns are correlated with the tissue-specific ammonium assimilation in Aiptasia. Inspired by the tissue-specific localization of AMTs, I performed laser micro dissection and RNA-seq on symbiotic and aposymbiotic Aiptasia to investigate spatial expression patterns of genes associated with symbiosis. Besides the investigations from host’s side, I also explored the growth and gene expression changes of Symbiodiniaceae in response to different nutrient limitations. Comparisons of the expression patterns of in hospice Symbiodiniaceae to the different nutrient limiting ex hospite conditions, I further showed that symbiont in hospite is living in a nitrogen-stressed condition. In summary, I investigated different molecular aspects of symbiosis from both the host’s and symbiont’s perspectives. The results we got provides novel insights into the function of nitrogen, and the potential underlying molecular mechanisms, in the metabolic interactions between Aiptasia and Symbiodiniaceae.

Mani giving a cool introduction to Eric on a serious note ! 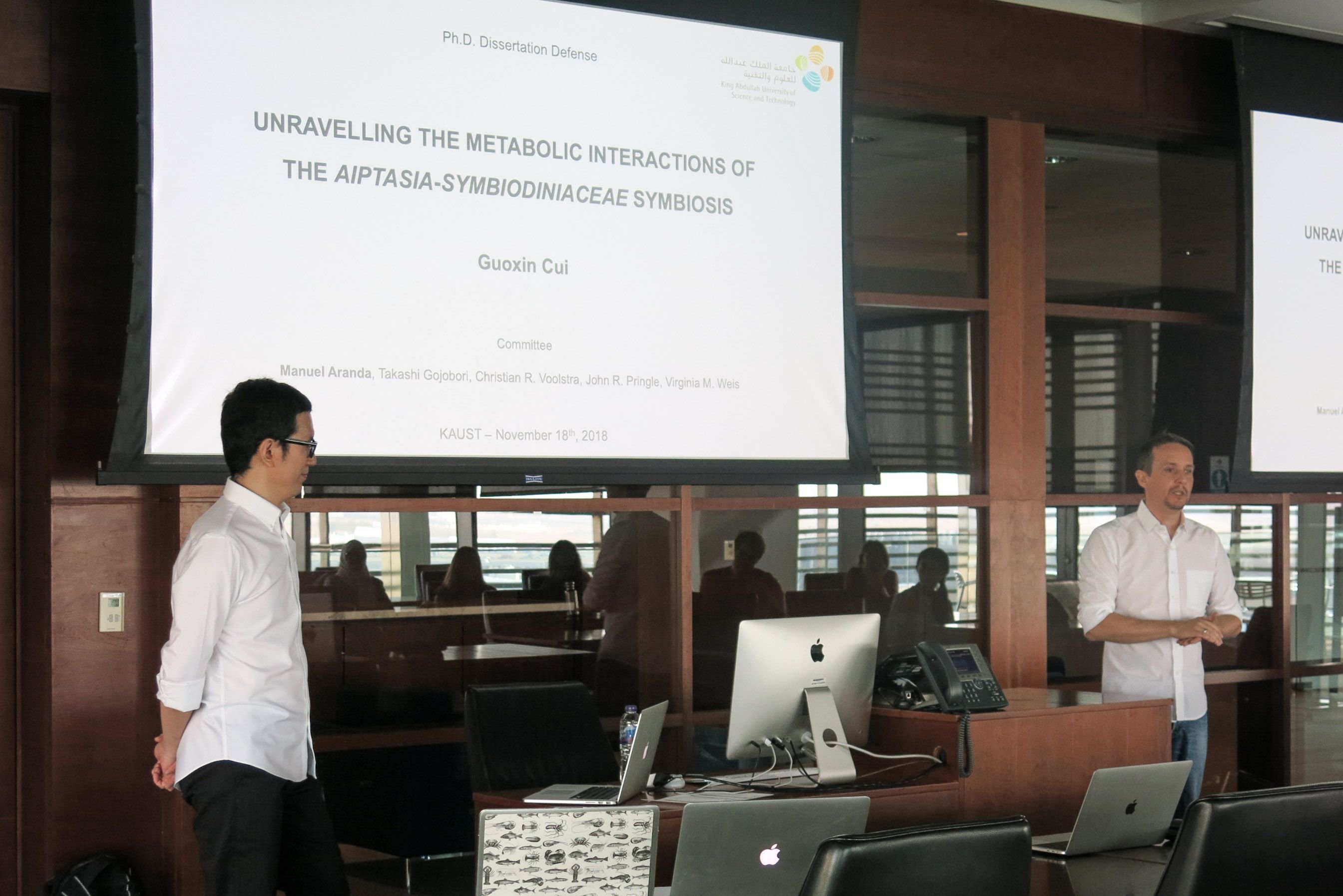 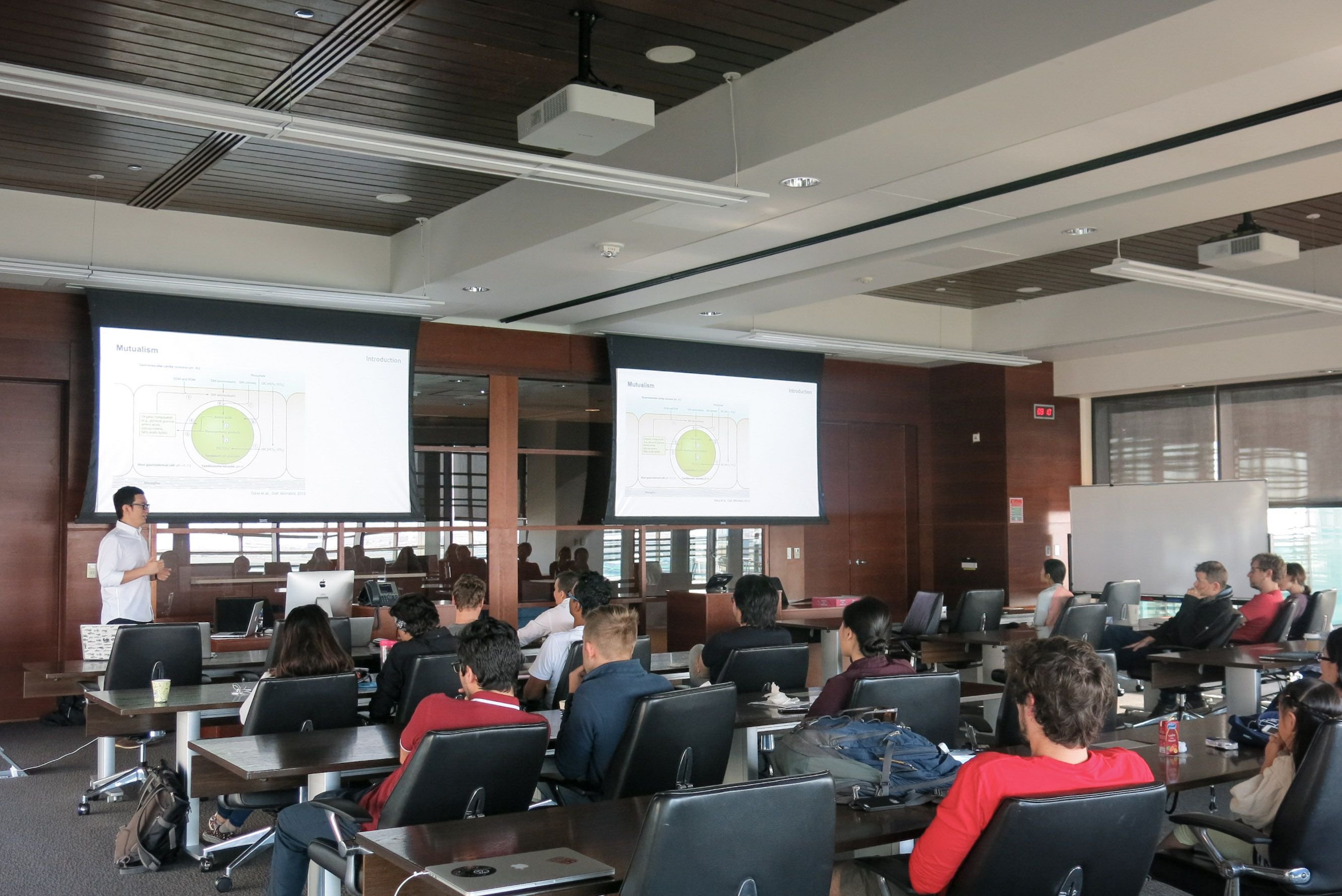